Technology deployed by the Qualcomm Institute’s Cultural Heritage Engineering Initiative (CHEI) to create a 3D digital database of more than 100 shipwrecks surrounding Bermuda is the focus of a TV report by the BBC in the United Kingdom and in countries around the world. The report is now also available for viewing on-demand on the BBC Travel Show’s YouTube channel (see below) worldwide.

The widely-watched BBC Travel Show’s latest episode features the Bermuda 100 Challenge, a partnership between UC San Diego’s Cultural Heritage Engineering Initiative (CHEI), the island’s Department of Environment and Natural Resources, as well as Look Bermuda and Nonsuch Expedition. The project is using photogrammetry to capture shipwrecks in Bermuda waters and turn the data into 3D computer models that can easily be navigated via a web browser. The Bermuda 100 web portal at http://bermuda100.ucsd.edu, features information on dozens of shipwrecks, including four which are already viewable as 3D models that document each site in crisp detail.

The BBC program follows Bermuda’s lead expert on marine heritage and Custodian of Historic Wrecks, Dr. Philippe Rouja, on a visit to one of the four shipwrecks already fully documented by the team. The Montana, which was used to run embargoed goods for the Confederacy during the Civil War, sank in 1783. “It was one of the first ships to be digitally recreated using this cutting-edge technology,” Rouja tells Travel Show host Ade Adepitan, before showing what the 70-meter-long vessel looks like on the Bermuda 100 web portal. “I have never really seen this shipwreck from end to end. You can see how big and long it is, so in one snorkel, you can’t visually take it all in.”

Adds Rouja: “The minute that it’s laid out in that 3D fashion, using photogrammetry, suddenly you can see it from the stern all the way to the bow and you just take in the full extent of the ship and it literally brings it back to life.”

According to the TV report, the team in Bermuda is working with the University of California [San Diego] to “record thousands of images and build a 3D digital replica of [each] vessel. It means that it will be preserved for generations.”

Ultimately, reports the BBC’s Adepitan, the Bermuda 100 web portal is bringing the excitement of discovery to people around the world who unlikely to see first-hand Bermuda’s 400 years of shipwrecks (and the coral reef ecosystems that caused most of those wrecks). “Diving is a luxury that is out of reach for many people,” he concludes. “So the plan is now to map at least 100 of the shipwrecks, meaning that anyone from anywhere in the world will be able to take a digital dive and experience centuries of maritime history.” 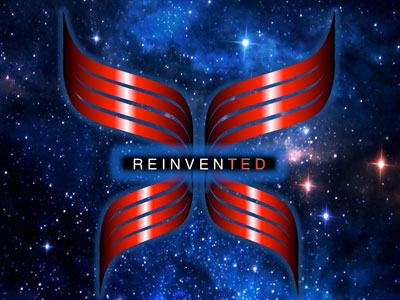